Garlic, ‘The Food of Love’ 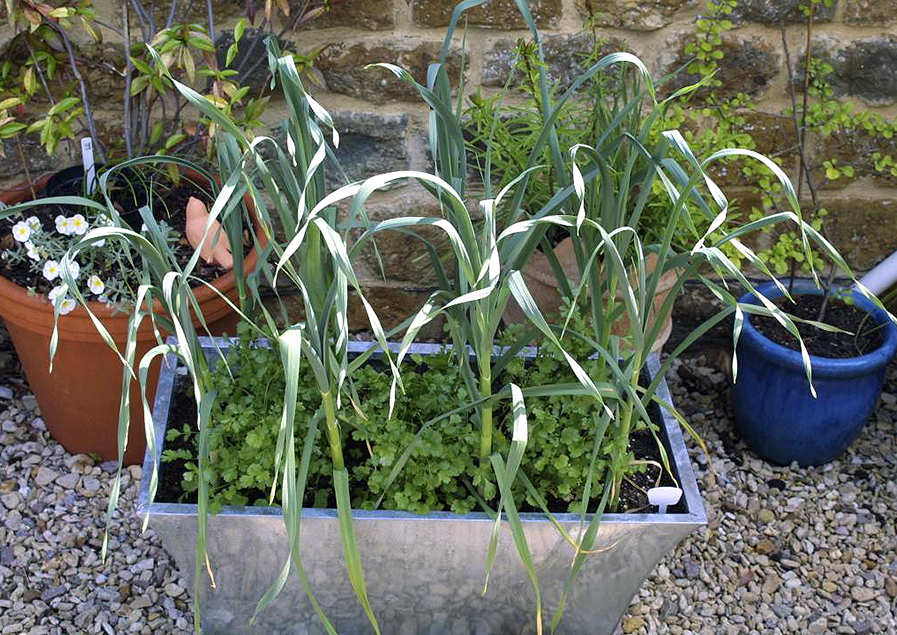 Garlic is one of the oldest cultivated plants in existence, having been cultivated for at least 5000 years. They found six garlic bulbs in the tomb of Tutankhamen – apparently to keep evil spirits at bay. I don’t think any evil spirits are lurking around our home and garden, because Pascal and I couldn’t live without garlic! It’s an absolute essential in our kitchen.

Apparently the crusaders first brought garlic to Europe. Some used it for spiritual rituals, others for healing and strength and, of course, if you happened to be in Transylvania, it was essential for warding off pesky vampires. Myths and legends abound, but one thing is undeniable; you really can’t beat the taste of organic garlic from your own patch. You really should grow your own…

Shockingly, today China grows around 80% of the garlic you buy in the supermarket. Heavily fumigated with highly toxic methyl bromide (which can case  serious health issues as well as deplete the ozone layer) the skin is then bleached white with chlorine to make it more attractive to consumers and, actually, unhealthy.

Thankfully this versatile vegetable doesn’t take up much space to produce a good, money-saving crop and is easy to grow. Even if you only have a sunny balcony it will grow well in pots. It’s tolerant of most soil conditions (except very wet), and just needs a sunny spot. But there is a little ‘trick’ you should observe to get the best results.

Garlic grows best if it’s had a cold period either before or after planting. So in the UK we tend to plant it in Autumn. But don’t worry, even if you can’t decide where to plant yours, and time is running out, you can pot up your cloves and leave them in a cool part of the garden until you’re ready to transplant them (but don’t leave it for too long). If you bought your bulbs during a late warm spell take them out of any packaging and keep them in the fridge for a few weeks until it’s cooler outside. Garlic will grow without this cold spell, but the cloves will be smaller. The difference is worth the small effort.

The only problem I ever had growing garlic was Loulou, our beautiful Jack Russell. Sadly she is no longer beside us, but she loved lying on top of it, often completely flattening it. Even if I tied it onto sticks she would stubbornly squeeze in between the rows and fall asleep in the sun. Maybe she knew that garlic was used in folk cures for certain dog ailments such as worms, or to remove ticks. She was a very clever girl.

The Ritual of Garlic Plaiting

Each year when I  plant the garlic I anticipate plaiting it to decorate our kitchen wall. It’s a fiddly job, but it’s almost like a ritual of thanks for the garlic. It looks so pretty when it’s done; so much so that at first I’m a little reluctant to pull it apart to use it.

Once the first head is cut off, though, and the first cloves are peeled, then crushed, chopped or pounded into a paste, I breathe in the smell and start cooking something that’s hopefully worthy of what is mythologically known as ‘the food of love’.

And for those who don’t think the lingering aroma of garlic on their breath will be particularly appreciated by the one they wish love, a sprig of parsley, gently nibbled upon, is said to take it away.

Garlic is a member of the lily family and a relative of the bluebell and wonderfully fragrant lily of the valley.

Garlic is a great companion plant for sweet peas as it repels the aphids that love them.

This site uses Akismet to reduce spam. Learn how your comment data is processed.